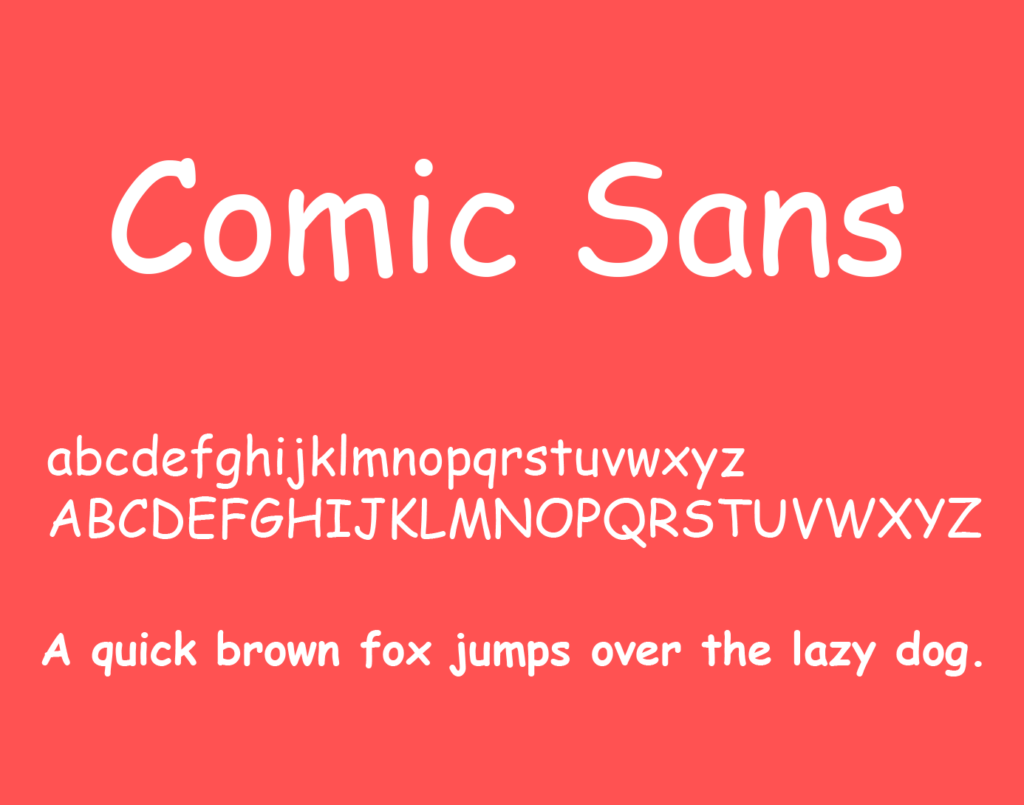 Comic Sans MS, commonly referred to as Comic Sans, is a sans-serif casual script typeface designed by Vincent Connare and released in 1994 by Microsoft Corporation. It is a casual, non-connecting script inspired by comic book lettering, intended for use in informal documents and children’s materials.

The typeface has been supplied with Microsoft Windows since the introduction of Windows 95, initially as a supplemental font in the Windows Plus Pack and later in Microsoft Comic Chat. 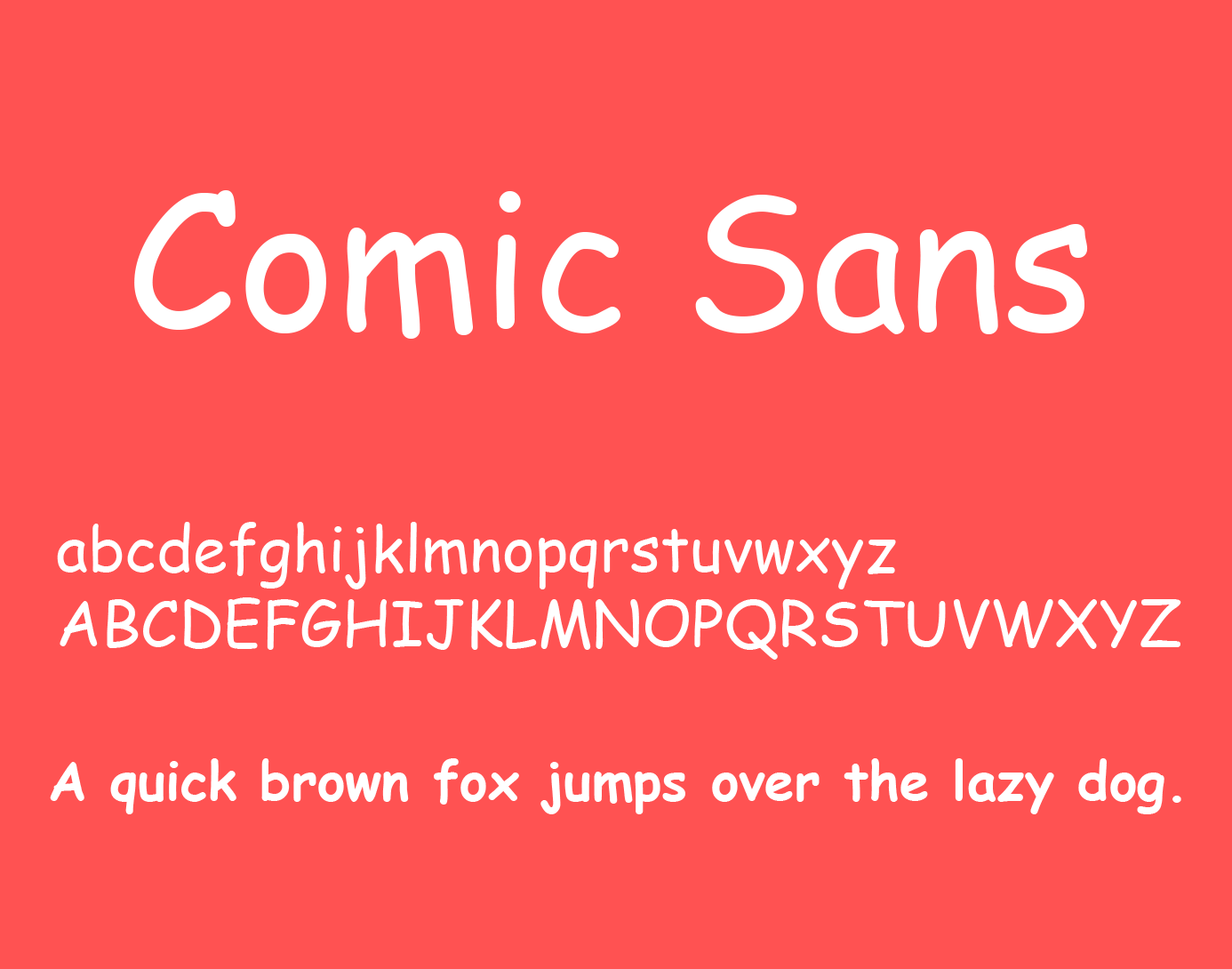