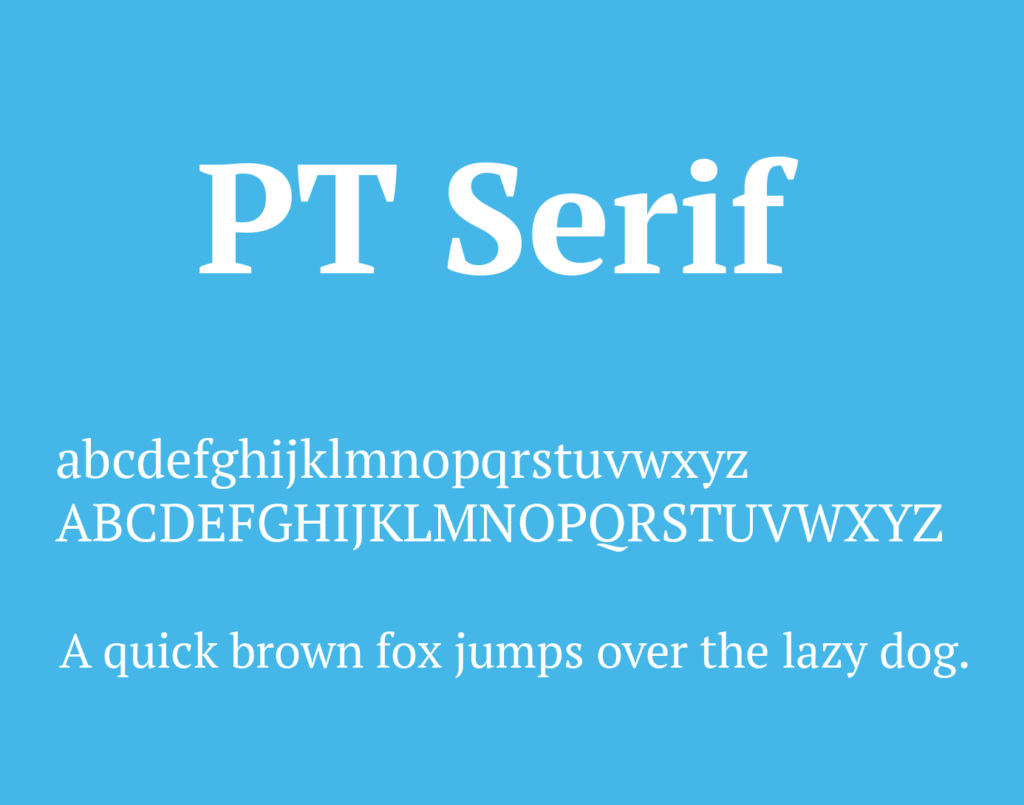 PT Serif™ is the second pan-Cyrillic font family developed for the project “Public Types of the Russian Federation.” The first family of the project, PT Sans, was released in 2009.

The fonts are released with a libre license and can be freely redistributed: The main aim of the project is to give possibility to the people of Russia to read and write in their native languages. 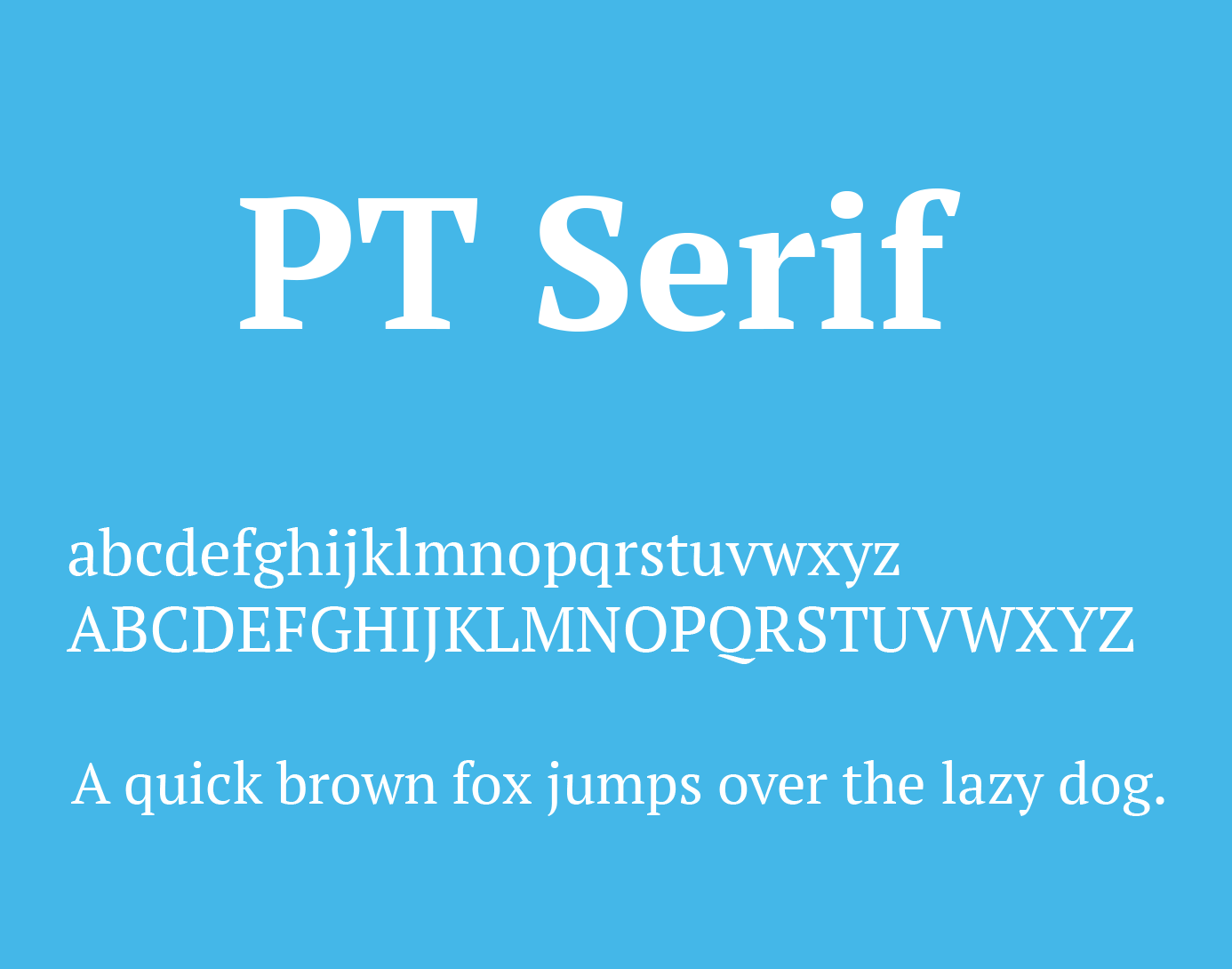